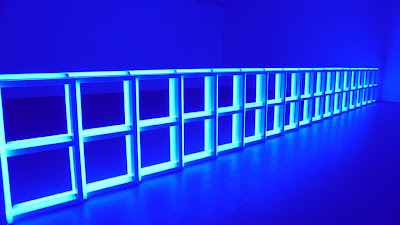 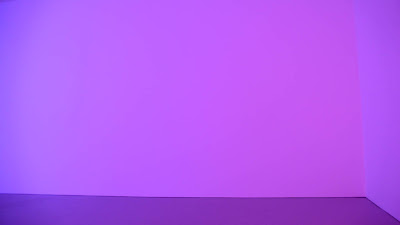 Dan Flavin and David Zwirner
This work reproduces pretty well unlike the three artists following. I will say this about it, if you miss this show too bad for you. It is old work, but it looks great. The transitions of color from immense room to room is awesome. It is kind of funny that Zwirner is doing this museum quality show and in the case of the New Museum showing such minor talent. Here is a case of comparing the understanding of scale with a total disrespect for it. Urs Fischer:Marguerite de Ponty the sculpture have an absolute lack of size. It is a very sad thing when an artist has nothing to say so quotes another, then makes it big thinking it's monumentally will save it. A big piece of shit becomes more of a problem then a small one but they are both shit. What ever poetry one spits in it's support only adds to the diarrhea. 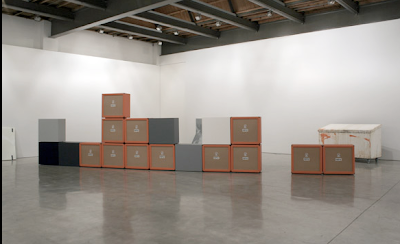 Screen Shot from:Yvon Lambert website
Kaz Oshiro work takes tropes from modernism to mimic real objects. The dumpsters are made out of canvas and stretchers. Sol le Witt and Ellsworth Kelly's are merged with Warhol. Yawn.
In the other room is Robert Ryman.
Detail (click on image to enlarge) 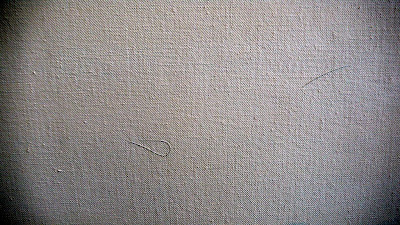 This is old work, but looks fresh and loose in comparison to Oshiro, It is also what it is and what it's not. These paintings are hardly white. They are more beige and their surfaces exude
lack of repression. Where Kaz makes the signs of expressionist mark making it comes of as just that a forced effort. In Robert's work these gestures appear incidental and believable. Note hair
and bristle from his brush left in paint in detail above. While Ryman was probably paired with Oshiro to bring up the younger artist up it makes him look uptight and contrived. 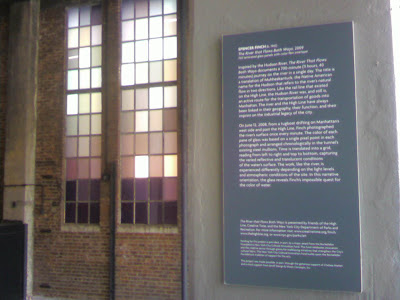 Spencer Finch The High Line
Also, check out his show up at Postmasters Gallery. These windows are explained pretty well in the sign. The magic in them would be how they change in relationship to the light in the surrounding landscape. This new Overpass is well worth the visit. Leaving the indigenous plants and grasses that have self--rooted makes for the urban wasteland experience. Finch has
taken existing architecture and spruced it up in a most tasteful way and improved on the entropy of nature where in some cases the fancy modernist architectural benches, and railings distract from the raw beauty of the rail. In his show at Postmasters he uses many forms of light from a candle to a toy train to transform mundane materials like wax, tin cans, and form-core into Spencority. 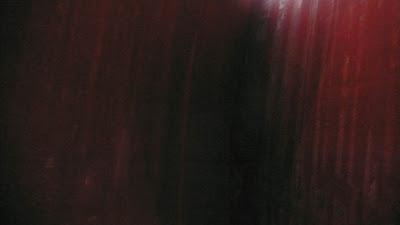 Richard Serra at Gagosian certainly is in no need of introduction here. This installation is not done any justice by this photo either. Walking through his steel still makes this blogger feel something. This is no small feat in this numbed out, seen it all moment in art history. Walking through this seamless rust one is made to feel very vulnerable, not just that this whole thing will fall over and crush you like that unfortunate art handler who lost his life to a past installation, but that you are trapped. Like any respectable masochist pleasure comes from this
confinement. I was the only one in the gallery other than the guards and that became an escape,
I brushed by one young artist who was also transported "isn't this cool man" he exclaimed.
Posted by a at 12:14 PM