The Sound of Art 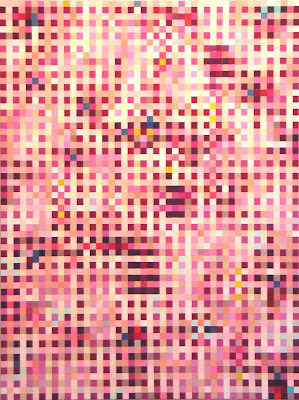 I’m running a Kickstarter campaign to help raise funds for the production of an LP full of art sounds heard in New York called The Sound of Art. $10,000 is the base number I’d need to complete the project, a very scary number for an independently run blog such as this to raise. It’s possible the goal won’t be reached, in which case the project receives nothing: Miss your target goal, and Kickstarter doesn’t fund the campaign.

I’m running this fundraiser in spite of numbers that make nervous, because I have to. I passionately believe in this project, and as cliche as it sounds, I would be too deeply burdened by regret if I didn’t do everything I could to make it happen. This project is too large to complete though without the help of everyone who comes here regularly.

Already, countless people have already donated their sounds and time in an effort to make this project, many of whom are mentioned below. In addition to overseeing the project, for my part, I am offering a studio visit or gallery crawl of your choice to those who donate $150 dollars or more. For a mere $50 dollars more, you will receive an offset lithograph by Phillip Neimeyer titled Picturing The Past Ten Years. For $350 more, donors will receive a print made in response to the record, by celebrated artist Michael Smith be given the opportunity to eat dinner with me and twitter maven and art world critic artist William Powhida. We’ll go somewhere better than the local C-Town I promise.

Reach the target number, and none other than AndrewAndrew have promised to host the final party. There are no better night than the one’s they’re involved in, so let’s make this thing happen.

For the past five years I’ve been looking at art and writing about what I see. But I’ve also been listening. Does art have a distinctive sound? Sometimes I think I could be in a remote cabin in Maine, and still instantly recognize the sound of an art video or a performance piece. Yet the things I hear in galleries and performance spaces don’t seem to share any formal qualities – they run the gamut from noise to melody, recitation to wordless grunts.

I want to produce an album full of the sounds art makes in order to document and investigate this range, but I also want to take such sounds and set them free in the world, to be remixed and reused – sampled, mashed up, Auto-tuned, chopped and screwed.

More people than ever are engaged in this kind of cultural recycling, though they rarely draw their sources from the field of fine art. Frankly, the art world doesn’t make it easy – it’s a profession invested in its own scarcity.

WHAT IS IT?
The Sound of Art is a limited edition vinyl LP composed of sounds heard in New York galleries, museums, and project spaces over the last five years. Inspired by classic DJ battle records, it features forty tracks of diverse sounds culled from art video, performance footage, and kinetic sculptures. This is not an easy listening record. It’s an audio document and a tool to create new sounds and new work.

WHAT WILL BE ON IT?

Sounds have been donated by a large spectrum of artists and venues throughout New York City – everywhere from big fancy museums to odd little project spaces. We’ve also introduced Internet artists, as “wild cards” on this album.

Keep checking this page and our kickstarter blog for upcoming teasers and other audio-visual treats. We’ll be profiling various artist work as the campaign progresses.

WHO’S INVOLVED?
This is a collaborative project, with dozens of people donating their work and their services. Project Manager Michelle Halabura has been working from Art Fag City headquarters since last spring to make Sound of Art a reality.

Matt Madly Azzarto at Think Tank Studio will be producing the record.

Phillip Niemeyer of Double Triple is designing the album cover, and is offering a limited edition offset lithograph to 10 lucky funders at the $200 level. Edition of 60, see the print HERE.

Celebrated performance and video artist Michael Smith will create a limited edition screen print of 50 in response to the sounds on the album, available to funders at the $250 level.

Men-about-town AndrewAndrew will host the record release party and Sound of Art DJ Battle, to be held at the ever-cool Santos Party House. (More about that soon!)

WHAT DO WE NEED?
We’ve come up with a plan, brought together a group of fantastic artists and sounds, and have enlisted some of city’s greatest creative minds to donate their talent to this project. Now we need to make it happen. We can do it for $10,000. That covers only the direct costs of this project ¬– the pressing and shipping of a limited edition album, 500 in total, the promotion of the release party, and its launch. Additionally, 50 special edition LPs will be available, including the Michael Smith screen print. Any funds we receive beyond that level will be directed to archiving and distributing the remixed music produced from this album.